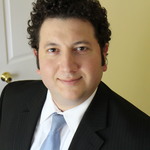 Ben has known since college that he wanted to become a criminal defense attorney.  At Northeastern University in Boston, Massachusetts, Ben majored in criminal justice with a focus on pre-law.  This helped prepare him for law school, when he returned home to Atlanta, Georgia and attended Georgia State University.  While in law school, Ben gained valuable experience during externships with the Georgia Innocence Project, the Federal Defender Program and the Georgia Public Defender Standards Council.

After graduating from law school and passing the bar exam, Ben went to work for the Public Defender's Office of the Conasauga Judicial Circuit in Whitfield and Murray Counties.  Over the course of three years, Ben represented over 1,000 people charged with misdemeanors and felonies.  He also headed the appellate division of the office, where he worked on dozens of appeals ranging from traffic convictions all the way up to murder convictions.

Ben has been in private practice since that time, and his practice is devoted to criminal appeals.  He has successfully obtained reversals in numerous appellate cases, and has orally argued numerous cases before the Supreme Court of Georgia.  He does other post-conviction work, including probation modifications, habeas corpus and petitions for release from the sex offender registry.

In 2010, Ben was selected as one of 10 lawyers on the rise by the Fulton County Daily Report, the legal organ of Georgia.  He is licensed to practice in all the courts of Georgia, including the Court of Appeals of Georgia and the Supreme Court of Georgia.

Ben lives in Smyrna, Georgia with his wife Christie and their daughter Ava.  In his free time, Ben enjoys exercising, live music, cooking, food and wine tastings, and travel.

Thank you for contacting us. We will get back to you shortly.

Please complete all required fields below.

"Without a Doubt the Best"

"I would highly recommend Ben. There were not any surprises or extra costs. He was very clear on what to expect. Even more impressive was what happened before I went to court and while in court, everything happened exactly as Ben had told me it would. When I was in the court room and Ben needed to make things happen, he was so articulate I felt as though I had an entire team of lawyers."

"Truly an attorney with not just intellect but heart!"

"When Mr. Goldberg came into my life, he went against all odds, believed in my innocence, fought for my justice, and supported me as my lawyer and my friend. I personally believe that when Mr. Goldberg chose to practice law, his goal was not money nor prestige, but was only the well-being of the client. More specifically, he values the lives of the individuals he represents and provides them with the best defense to see to it that justice is served."